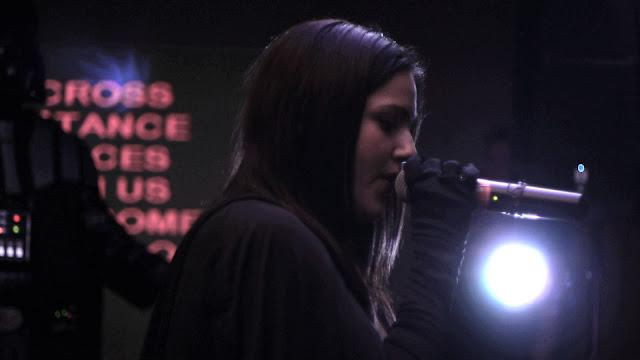 Here are some major problems in the world that #CosplayKaraoke solves:

1. Most superhero, science-fiction & fantasy films are NOT musicals.
2. Conversely, most musicals do not have superheroes in them. Some do.
3. Spider-Man: The Musical needed to be a lot more fun than it was.

4. Superheroes need to karaoke, too.
5. Sometimes karaoke grows stale when it's just about a person singing unspectacularly, if authentically, into a mic. It's too narcissistically about the person and their thing. But what if the song you chose to sing was to inhabit a character in pop culture? What if it wasn't about what you/you/you would sing, but the empathetic exercise of imagining what Mystique of the X-Men would sing, if she sang? And then, therapeutically, back to you, imagining what you would sing if you were you as Mystique of the X-Men wondering what to sing?
6. Not enough people cosplay Jessica Jones, and what the FUCK UP WITH THAT? 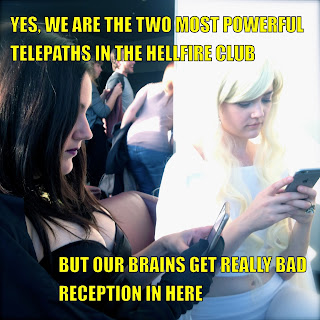 7. There's not enough attention made to the rather obvious (mainly pun-based) correlations between Gwen Stacy and Gwen Stefani. 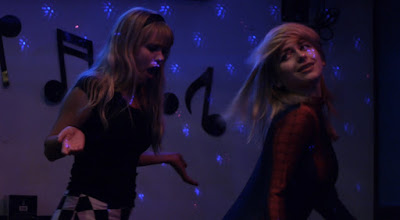 8. If one of these videos ever goes viral, I might actually make some money.
9. No one's ever gonna get how karaoke (and more to the point, extremely timely, context-appropriate pop song soundtracking) can save the world unless there's evidence that Spider-Man also karaokes.

10. (My nagging feeling of not having contributed anything to, much less saved, the world)
11. The whole obligation of having, or maintaining, a bucket list. Because Marvel cosplayers singing character-appropriate pop songs is everything, on mine. I'm just a proud geek and so honored that my karaoke pals are nutjobs enough that they would go along with me on this one.