...which is something I do at least once a week. 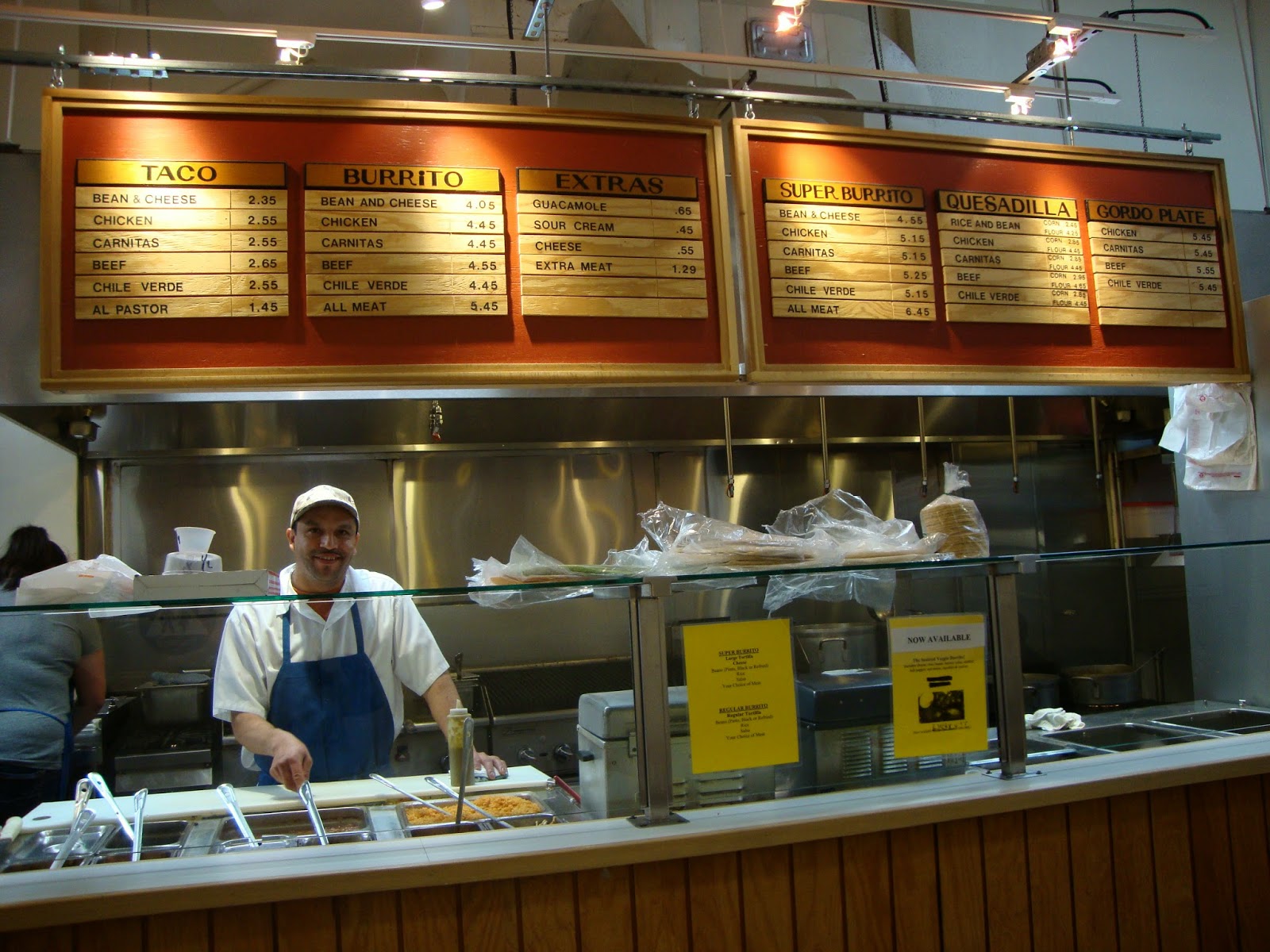 1. People in Berkeley still have no idea how to order a burrito. "Do I want regular or super?" "I want it with the boiled chicken." "NO HOT SAUCE." "Should I get guacamole and sour cream? I'm ordering it for a friend." "Did you put tomatoes in it already?" "What's in a carnitas?"

Fellow Berkleyans, in terms of component ingredients used, there are fewer menu options at Gordo's than even In 'N' Out. Every choice is literally in front of you, in heated trays, when you approach the counter. And you clearly don't know what you want, so you might as well stop trying to have it the way you want.

2. Young parents will, remarkably, discuss not the order, but the intricate process of ordering their family takeout dinner with the cashier, as if it is somehow his responsibility. "Are there 3 burritos? But I have 4 kids in the car. Maybe one of them is not eating. But I should get 4 burritos in case he wants to eat. Hold on, let me call. (A great eon of phone-fiddling passes.) Yeah, I guess he's not eating. Do you think 3 burritos is enough?"

Dude, guess what, it's your family, YOU get to keep track of this stuff. I don't take a Facebook poll and quiz the staff before deciding whether to get an extra burrito or not. Of course you want to order more, it's Gordo's! Fatten that kid up!

3. Quesadillas do sorta become the same thing as tacos when you order the quesadilla on a corn tortilla with hella meat and stuff on it.

4. Some people think that "Super" indicates an actual cooking method or some kind of specifically arcane carnality within the burrito. It does not. "Super" only means that this burrito will make you fatter than the normal burrito. It is, however, a Spanish word, so you can pronounce it that way if it makes you feel better about yourself.

5. I went to a Chipotle for the first time recently. Tripped me out. As in Subway, at Chipotle you get to, have to in fact, verbally confirm every element or lump that is put in the burrito before the guy proceeds down the conveyor belt. You get it exactly the way you order it. I think Chipotle's adoption of this absurdly high-maintenance service model, with its "If you say brown rice, we say how many grains?" philosophy, is probably contributing to the problems of the Gordo's line in modern times.

By introducing the possibility of micro-managing every ingredient in your fatty fried takeout meal, Chipotle/Subway has infected the populace with the idea that it might actually be necessary to do that.

Need I mention that the Chipotle iBurrito's meat had nowhere near the succulence, its rice none of the chew, its salsa none of the life, as the thing you get from Gordo's if you simply walk up to the counter and order "burrito"?

People, the whole point is it's supposed to be fast. Get the carnitas on whatever, and keep moving boldly towards the future.