2) NLCS Game 4. St. Louis 8, SF 3. Very depressed. We are definitely going to lose to the Cardinals, again. I righteously hate the Cardinals. The first time I ever saw the Giants get to the playoffs (I started following baseball during a season where they lost 100 games), they lost to the Cardinals. I was a kid and I could not figure out why it was impossible for Jeffrey Leonard to hit a 6-run home run with no one on base.

3) NLCS Game 5. SF 5, St. Louis 0. Brandon Crawford looks a bit like Patrick Swayze in Steel Dawn. Or Red Dawn. Or a ranger in Lord of the Rings. You know, a real hero.

Barry Zito has always looked like a smug pretty boy with $100 million bucks. But sometimes that's the guy who buys you a drink and puts an arm around your shoulder because it's within his power to do so and he's comfortable with that.

4) Zito's RBI bunt single. It's the most important rule of comedy.

5) Watching NLCS Games 6 and 7 back in Berkeley town with my mom, dad, and sister, and some deer that wander through the backyard now and then. Mom and sis think it's important to watch the games with a lot of steak, BBQ brisket, and apple crisp on hand. They are right, this is very important.

6) NLCS Game 6. SF 6, St. Louis 1. Scutaro is the new Ichiro. Hits everything, not a ton of power; just a lot of hard looping singles and doubles to every possible field. If Strawberry Fields Forever were in fair territory, he'd hit a sinking line drive into it.

7) NLCS Game 7. SF 9, St. Louis 0. Although Scutaro gets a hit basically every time he bats, Hunter Pence decided to invent a new kind of double which involves hitting the ball with the bat 3 times in one swing. Pence developed this unfathomable technique using radioactive hypersenses which also aid his side career as the costumed crimefighter Daredevil. 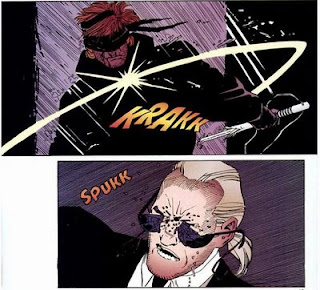 8) The rain falling at the end of Game 7. Scutaro dances in it like the kid in Cinema Paradiso. 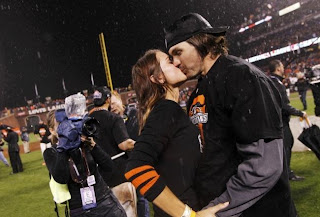 9) World Series, Game 1. SF 8, Detroit 3. Barry Zito vs. Justin Verlander. Zito beats the shit out of him. That is just crazy. That is like Call Me Maybe level of crazy.

11) Panda hits 3 home runs in 1 game, and decides that Verlander is not that good. Not as good as Barry Zito, anyway. What? That is like a Gnarls Barkley wrapped in a Patsy Cline inside a Fine Young Cannibal.

15) Bumgarner, Vogelsong, Affeldt, Lincecum and Romo combine to strike out supposedly-good Tiger stars Miguel Cabrera and Prince Fielder about 117 times in only 32 at-bats. The entire American League is revealed to be comprised of overhyped designated-hitting doucheheads.

16) That Saturday night it becomes clear that after losing early and often in two playoff series, we are going to win the World Series. Winning is of course the extremist religion of America. We worship winning and hate anything non-winning. We love it when you beat the weak and exploit disadvantages to come out on top. We care nothing for effort. In Los Angeles, when we win sporting events, we celebrate by overturning cars and setting them on fire. So it's crucial I think to be aware of this complex narcotic problem-thing called winning. In those rare, impossible times when it's going to happen. Let's try to do it in a classy way.

17) World Series, Game 4. SF 4, Detroit 3. The only really exciting close game since, wow. The Tigers actually have the lead for a few innings. Then Buster Posey realizes it is time to hit a two-run home run.

Then I realize that we have won the World Series, as champagne cascades onto my head from I don't know where, a roar goes up on both sides of the street, people are running shirtless across Pico and everyone in my immediate vicinity is orange and happy.

Then I realize, Buster Posey now probably thinks he will win the World Series every year that he is not cripplingly injured. 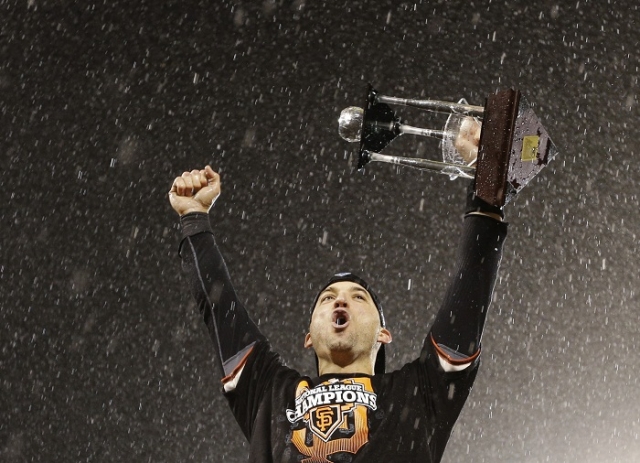 I Am So Going to Beat the Shit Out of This Weekend.

You heard me. That's what's up. Yeah, it's a pretty big weekend. So what? It's got knees and eyes like everybody else. Here are the 27 ways in which I'm going to beat the shit out of this weekend.

1)  I'm gonna watch the recap of Game 5 of the Giants vs. Reds about 100 times in the solitary comfort of my cute Hollywood apartment. I'm going to loopily enjoy the beauty of Posey's grand slam, Pagan's catch, Crawford's dive, Panda's Pandaness, Cain's cool.

2)  I'm going to get a fat load of Twitter followers for @Phearchannel and @Thorhulkcritic and a bunch of Youtube subscribers for Paranormalstatus.com. Because every weekend starts with #Follow #Fucking #Friday, baby! HELL YEAH. POUR IT.

3)  Gonna write up a proposal and treatment for a new rock musical, because that's one of the things in life I kick bloody ass at. No I'm not gonna write no flipping script. Who reads, or follows, or understands, or gets hard from flipping scripts? TREATMENT, MAN.

5)  I am gonna hound LA Weekly until they correct the spelling of chashu in their supposedly-hip ramen capsule review. It's not char siu, dude. Char siu is Chinese and not in ramen and also not pronounceable in Japanese. If you're gonna have the gig of reviewing the best Asian cuisine in America and feel compelled to hiply print words in the language, try to get it right. It's only the languages of about 2 billion people or so.

6)  I am so going to totally forget about every woman I have ever strongly liked. At least, I am going to forget that I like them. Because clearly that shit gets you nowhere, buddy.

7)  I will overcome every socio-racial disadvantage I have ever whined about by temporarily turning into a white dude. Gals will feel that they are supposed to throw the sex on me because of every movie and TV show they have ever seen, despite the fact that I am of only medium height. I don't give a pho.

8)  I will exploit a new area of socio-racial advantage by turning into an Asian woman and getting a great writing job, beating out many other qualified applicants on a questionable unspoken basis, which is that everybody likes Asian women. Yeah, I said it. Sue me.

9)  I will hook up with a very intelligent funny girl with three boobs. When I say I just want to cuddle, she goes, "Damn! That's awesome! That's not biologically repulsive at all!"

10)  Fuckin' gonna buy a blanket and some envelopes, too. And maybe some socks. And gonna pull a box of crap out of my car and organize that crap. You darn tooting. That's how we do.

12)  Somehow amongst all this business I'm gonna fit in a fucking epic nap.

13)  I am hell of going to that Peruvian restaurant to have a big fat plate of lomo saltado and see if they got a causa rellena. 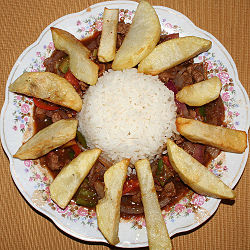 14)  Gonna see the shit out of Looper, because that guy is the best director working. He is so awesome he had a cute Asian girl sidekick in his second film and it was not extremely creepy and stupid.  Amended because I did see Looper, which was a fine film except for the part which had every Asian female film stereotype ever documented. Hey white boys! Keep fucking up! The love of a mute Chinese woman will save you! And then she will die and you will have a reason to live/murder children. (I'm not making that up to be tacky, that is the plot of the movie,)

15)  I'm gonna have a few cocktails with vodka in 'em. Maybe a fruit-flavored vodka. What? You wanna tussle?

16)  Will memorize all the words to "Geto Superstar," just because it is mentally possible to do so.

17)  I'm going to find Mitt Romney and personally beat the shit out of him. Because he is not now and is never going to be president, so making that kind of threat idly is always going to be legally permissible.

18)  I'm gonna watch some football while doing a hard workout, just to ensure that I can still be effortlessly crushed by any of those guys.

21)  I am hell of not gonna get married, or have a baby, or post pictures of my food. Because I like to believe I still stand for something.

22)  I am gonna find out what is up with my Internet connection and beat the shit out of it.

23)  Everyone is going to be so impressed by all the shit-beating-out-of which I will ostensibly accomplish this weekend, they are all gonna subscribe to paranormalstatus.com and also start a kickstarter campaign with the singular goal of raising $2.6 million dollars to dump straight on to my big head. Then I will be exposed to a radioactive cloud and gain fucking superpowers.

25)  I'm going to make a page for a fictional character on Facebook and then BEFRIEND IT. Yeah!

26)  I'mma hit up a sexy birthday party in Little Tokyo. Because I live in Los Angeles, bitch. I don't have to go to Big Tokyo. I live in a heroic struggling fantasy of myself and I can go to Little Frakking Anywhere.